In May 2005, adventurer Fredrik Sträng saw his dream go up in smoke when he was only 240 meters from Mount Everest's summit but had to turn around due to a throat infection. Going upwards was impossible because the risk of never coming down was too great. A year later, Fredrik returns, but this time it's not Mount Everest that is the goal, but the biggest challenge of all, seven summits. Fredrik has decided to become the fastest in the world, reaching the highest peak on any continent in the space of seven months. In the program, Fredrik talks about his dramatic pursuit of the time to break the record. 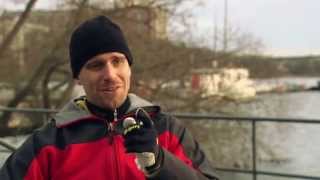