Project Alé began in October 2018 as an interdisciplinary narrative experiment, following the story of a group of amateur climbers for six months. The silence and concentration needed to think about one’s movements and body, sharing plans, shouting out below the crags: Alé is intended to be a journey. The story begins in Erri De Luca’s kitchen and ends up in Athens, Greece, at the most important workshop for resoling climbing shoes in Europe. 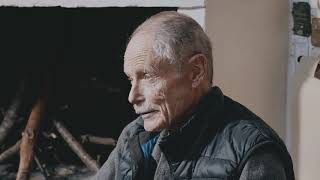