Thomas and Alexander Huber, risk-takers in the extreme, rank as two of the best mountain climbers of our time. Now the two Huber brothers have set out to break the record in speed climbing at the wall of all walls, the 2,900 foot vertical "Nose" of El Capitan in Yosemite Valley, California. Featuring breathtaking footage of the mountains of Patagonia and Yosemite National Park, Academy Award winner Pepe Danquart follows the Huber brothers to locations never before reached by a film crew. To the Limit is a portrait of two competitive brothers who go to the very edge of the possible, physically and psychologically. 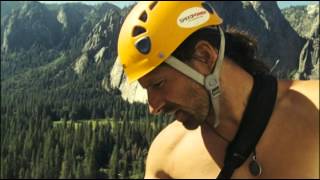