In 1963, Swiss climber Norman Dyhrenfurth began 'a little war against a big mountain.' Leading 19 Americans, 32 Sherpas, and 909 porters carrying 27 tons of gear, Dyhrenfurth spearheaded the highly successful 1963 American Mount Everest Expedition for his adopted country. Jim Whittaker, accompanied by Nawang Gombu Sherpa made the first ascent by the Hillary-Tensing route. On May 22, Tom Hornbein and Willi Unsoeld made the first ascent by the unclimbed West Ridge. They descended by the South Col, making the first traverse of Everest. Orson Welles narrates the spectacular record, and the film includes the first ever filmed images from the summit. 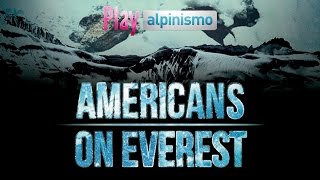