The brothers Alex and Thomas Huber, together with the Tyrolean Mario Walder join forces in the summer of 2012 on the island of Baffin to complete the liberation of Bavarian direct (700 m of route and originally ranked as 6b/A3) in the South Tower of Mount Asgard. Its chaining, made in roped style alternating the pitches, places this route in the second step of the difficulty in Arctic rock (with a maximum degree of 8a+, very close to the 8b that the brothers Pou and Hansjörg Auer gave to their 'The door' in Perfection Valley). The Germans solved the pitch left by the Belgians and Silvia Vidal in 2009. In the film the Huber brothers meet the German team that opened the route in 1996 and the Belgian team who almost free-climbed it in 2009. 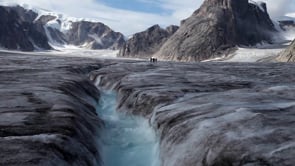 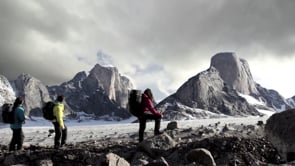