Theodora, a young and penniless aristocrat, marries a much older man, self-made millionaire grocer Josiah Brown, so that her father and spinster sisters can live comfortably. The couple honeymoon in the Alps. Rich American widow Jane McBride persuades the young bride to accompany her on a climbing excursion. Theodora slips and dangles precariously by her safety line over a cliff. She is rescued by Hector Bracondale, a young playboy and Theodora falls in love with him. She must choose between love and duty, and then Josiah and Hector must make choices of their own. The film was long considered lost but a nitrate print was discovered in the Netherlands in 2003. 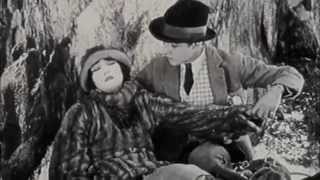