In 1970 a Czechoslovak expedition went to Peru to attempt a first ascent on the highest mountain in the area, Huascarán. It was night, the last day of May in 1970 when a strong earthquake hit the region. A devastating mass of ice and rocks fell from the mountain, killing 14 members of the expedition and 70,000 local people from the villages below. Fifty years later Marek Holeček and Radoslav Groh are returning to the place of tragedy to continue the work that their predecessors began in 1970. Their choice is the eastern wall of six thousand high Huandoy North. The endless barrier of ice and rocks is a huge climbing challenge. They will name the route 'Boys 1970', in honor to the members of the 1970 expedition. 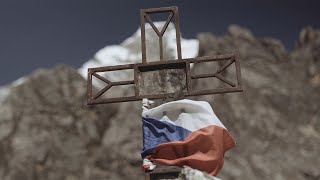