Documentary that describes in an evocative and spectacular way the ascent of an alpine expedition composed by three mountain guides from Courmayeur to the Dent du Géant, in the Mont Blanc Massif, by a 6th grade route. The progression of the team is followed by a group of tourists from the top of the courmayeur funicular with the help of a telescope. A film by Marcello Baldi, filmmaker of the acclaimed documentary 'Italia K2', about the italian conquest of K2 in 1954. 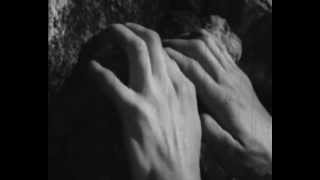