The Lienzer Dolomites are Andy Holzer's home, but he has never seen them before. The mountains all over the world attract him magically - even though he is blind. Andy Holzer is an extreme mountaineer who was born without sight. He has already conquered six of the highest peaks of all continents, only the highest, Mount Everest, is still missing. Twice Andy Holzer had to turn back, twice he was stopped by natural disasters that cost the lives of many people. But giving up is not Andy Holzer's thing. He has a mission: He wants to open the eyes of those who see, show them how he 'sees' the world. 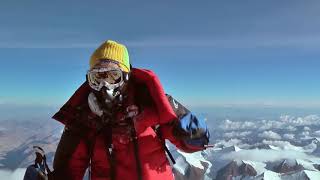