Desert rats is a documentary about rock climbing that takes place in The Wall and Canyonlands National Park. It was directed by Peter Mortimer in 2009 and produced by Sender Films. It is a part of the series First ascent - The series (7/7). It features Rob Pizem, Alex Honnold, Nick Martino, Steph Davis, Steve 'Crusher' Bartlett, Chip Wilson and others. 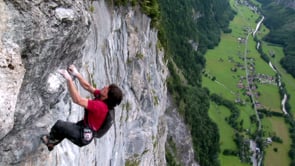