Down and out and under is a documentary about rock climbing that takes place in Kachoong Cliffs and Cape Pillar. It was directed by Rob Frost in 2010 and produced by Sender Films. It is a part of the series Reel Rock 2010 (Reel Rock 5). It features Cedar Wright, Matt Segal, Heidi Wirtz, James Pearson, Caine Dalacy, Rob Frost and others. 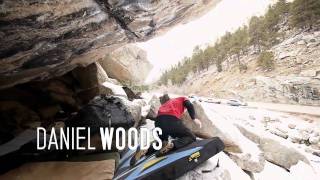