Three famous climbers, the Frenchman Pierre Mazeaud, the German Winfried Ender and the Italian Roberto Sorgato, meet up at the bottom of the Tre Cime di Lavaredo and decide to join together in a single roped party, climbing the 'Direttissima' on the north face of the Cima Grande di Lavaredo. The beautiful film illustrates with precise sequences the climb of the route, that was opened in 1958 by the filmmaker himself, Lother Brandler. The film wants to highlight the idea of frienship, cooperation, fraternity and peace showing three men from historically-confronted nationalities roped and working together as a single team. The film won the Grand Prix at the Trento Film Festival in 1964. 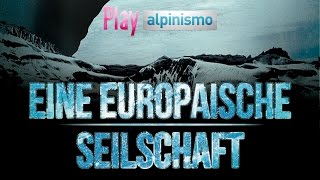 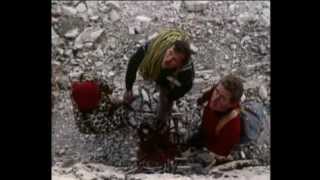