Nineteen year old Sasha DiGiulian made the first female ascent of Chris Sharma's route Era Vella (9a or 5.14d) in Margalef, Spain. 9a is the hardest grade ever climbed by a woman. DiGiulian became the first American woman to climb 5.14d in October 2011 with an ascent of Pure Imagination in the Red River Gorge, Kentucky. (It's been downgraded to 5.14c since Adam Ondra flashed it in November 2012.) She went on to climb Era Vella (5.14d) in March 2012; here's the full story. 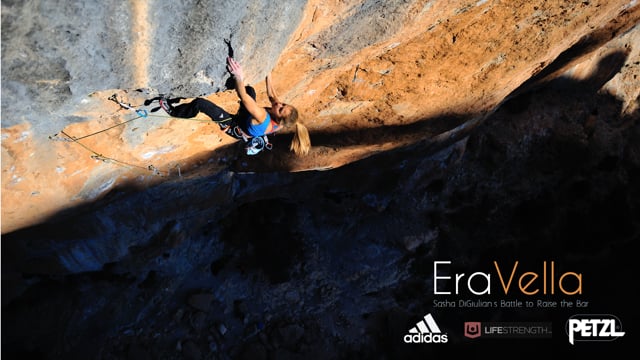