A Japanese mountain suspense movie by Teruo Ishii starring Ken Utsui. Goro Kasuya is a ski expert who once participated in the Olympic Games when he was a student, but since he lost his fiance in an avalanche, he lives in retirement in the mountains, where he works as a guide. One day Goro meets in a mountain hut, three men who turn out to be jewelry robbers, and who in their flight to escape the police, take him as hostage to lead them in the snowy mountains of Yamagata. 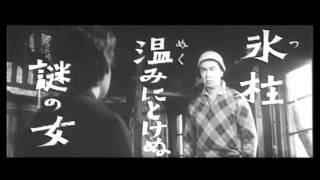