In this episode of 'Extreme rescues' three stories are presented: members of a helicopter crew try to rescue a mountain climber from a cliff; a crevasse opens up under a group of ski mountaineers; rescuers cope with stormy conditions to save a fisherman with an injured hand. Extreme rescues tells the stories of some of the most gripping, real-life rescue situations told for the first time. Each program of the series allows viewers to experience the story from the moment tragedy strikes, following every beat of the rescue operation as it unfolds. The actual footage is intercut with powerful interviews of the rescuers and the survivors. 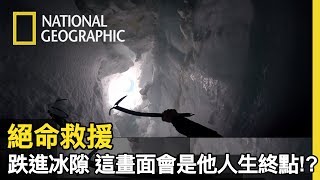