Majlis al Jinn, a huge subterranean chamber in Oman, is big enough to house the Great Pyramid of Giza. Climbers Chris Sharma and Stefan Glowacz attempt an ascent up the massive arch and back to the light of the surface. After rappelling down a 170-metre drop, Chris Sharma and his partner set out for their record-breaking ascent from the deepest point of the cave. Fighting gravity they follow the enormous arch suspended upside down much of the time. It is a ground-breaking climb back into the light. The route has never been attempted before and counts as the world’s longest roof climb with 13 pitches. 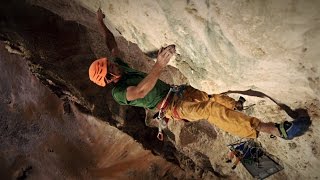