The film documents the Italian expedition to K2 in 1954, led by Ardito Desio, who saw the conquest of the summit by Achille Compagnoni and Lino Lacedelli. The film is ideally divided into three parts: the preparation of the expedition in Italy, the march of approach to the base camp, and the climb to the summit. Compared to similar works made by other expeditions of the time, Italy K2 presents the novelty of showing the shots taken just from the summit. These shots were made by the same Compagnoni and Lacedelli. The film does not delve into the events that led to the death of Mario Puchoz, and does not mention what happened with Walter Bonatti the day before the conquest of the summit. 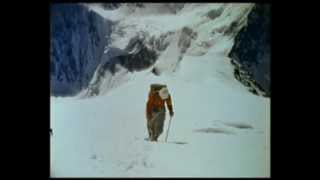