Karl Maria Herrligkoffer is regarded as the most important German organizer of eight-thousand-meter expeditions after the Second World War - Karl Maria Herrligkoffer (1916-1991). The Munich doctor and psychologist made it possible for mountaineers such as Hermann Buhl, Anderl Mannhardt, Toni Kinshofer, Reinhold Messner, Michl Dacher, Sigi Hupfauer, Hans Engl and many others to realize their dream of climbing eight-thousanders. However, several times after the successes on the mountain, there were disputes between the expedition leader and individual participants. Above all, the bitter dispute with Reinhold Messner after the Nanga-Parbat-Expedition in 1970, during which Günther Messner had died, caused Herrligkoffer a considerable damage to his image. 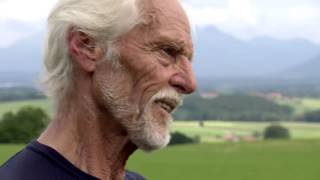