Twenty years after his victorious ascent to Everest, the first for a French, Pierre Mazaud returns to Nepal and makes the journey from Kathmandu to the foot of the roof of the world. He is accompanied by Jean Afanassief who accompanied him during his victorious attempt in 1978. The film traces the history of Everest's ascents and the technological and sporting evolutions and revolutions that marked this epic. It also focuses on the consequences of globalization and the Himalayan adventure on the lives of Nepalese, the empowerment of Sherpas; it also raises the question of the consequences of this rapid evolution on safety and the environment. 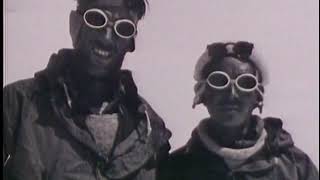