Documentary illustrating the solitary repetition (ascent and descent) of the famous Preuss Route at Campanile Basso in the Brenta Group in the Dolomites, accomplished by Cesare Maestri. Maestri, nicknamed the 'Spider of the Dolomites' is known for his solo repetitions in the Dolomites, for being the first climber in the world to climb sixth grade walls, and for the polemic first ascent of the Cerro Torre in Patagonia. The film was awarded in 1953 in the Trento Film Festival. 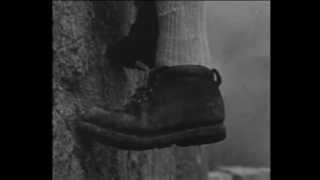