An expedition of the French Groupe Militaire de Haute Montagne (GMHM) led by Lieutenant Colonel Jean-Claude Marmier to Alaska in 1984, where they made an amazing number of important ascents: Mount McKinley (Denali) via Western Rib, via West Buttress, and West Buttress-Muldrow Traverse;  Mount Foraker via southeast ridge; Mount Hunter via north face, via the west ridge, and via south ridge; and Rooster Comb via the north face. The Rooster Comb climb probably was the second ascent of the route. 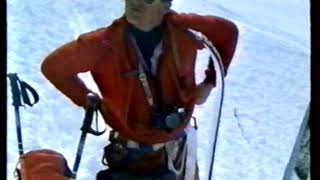