The first Swedish Mount Everest expedition in 1987 was led by Ebbe Wahlund. The expedition attempted to climb Mount Everest from the north, from China. The Swedish Everest expedition 1987 did not even reach the top, much due to long periods of bad weather. During one of the two top attacks, the very skilled climber Per Malmsten was forced to spend one night at 8500m, as the descent from this 2nd turn peak was late and happened in the afternoon, and when the darkness fell, Per was forced to stay at about 8500m during the night, without access to oxygen or tents and camps. Lars Cronlund was the one who reached the highest, when in the first top attack he had to turn about 8650m high. The snowy snow made it all the more difficult. 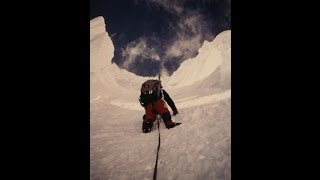