Germany, summer 1936: Toni and Andi, friends since childhood, are particularly attracted to one mountain: the Eiger. Its north face, also known as 'the death face', has not yet been conquered. During their preparations, they encounter Luise, the first woman Toni ever loved. Now a journalist, she has arrived to cover their attempt, along with the loyal Nazi reporter Arau. On the face the two men meet the Austrians Willi and Edi. Then things spin out of control for the climbers: the weather changes, and Willy is injured. A race against time and the forces of nature is set in motion. Recreation of the drama of Toni Kurz and Andreas Hinterstoisser on the Eiger in 1936. 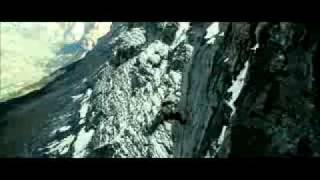