Petr 'Spek' Slanina is a legend: he started climbing in the Czech sandstone when he was eight years old. By now, he has opened more than 1,470 classic routes and is thus inextricably linked to the climbing history of this region. The film is a direct lesson from professor Spek about the development of the method of making first-time ascent and equipment of a climbing route. A brief history of the sandstone 'circle-logy' from the most prominent researcher, directly from the development center in Klokočí. A film by Jan Simanek produced for Direct Alpine. 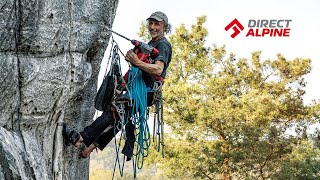