Documentary featuring British broadcaster Ben Fogle and double Olympic gold medallist Victoria Pendleton CBE, who faced one the greatest challenges of their lives attempting to reach the summit of Everest. In a journey that captures the mental and physical toll of the 8,848-meter climb – which has claimed the lives of nearly 300 people – The Challenge: Everest accompanies Fogle and Pendleton during their six-day trek to base camp, acclimatisation on Everest and final ascent to reach the summit. 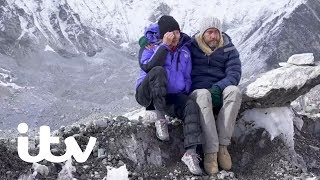