Race for the nose is a documentary about rock climbing that takes place in El Capitan. It was directed by Nick Rosen in 2011 and produced by Sender Films. It is a part of the series Reel Rock 2011 (Reel Rock 6). It features Dean Potter, Sean 'Stanley' Leary, Hans Florine, Alexander Huber, Thomas Huber, Yuji Hirayama and others. 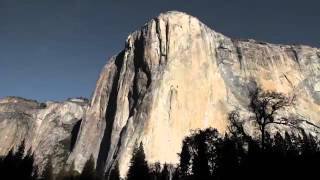