In 1965 climber Jim Whittaker and Bobby Kennedy made the first ascent of Mt Kennedy in the Canadian Yukon after it had renamed in honor of Bobby’s brother President Kennedy. 50 years later, their sons Chris Kennedy and Bob Whittaker attempt to relive the same ascent. Other than in the climb of the mountain, the film focuses on the story of Bob Whittaker’s journey from crazy-ass punk band rocker, partygoer and band manager to environmental activist. With original music by Eddie Vedder, the movie sits at the junction of environmentalism, and adventure. 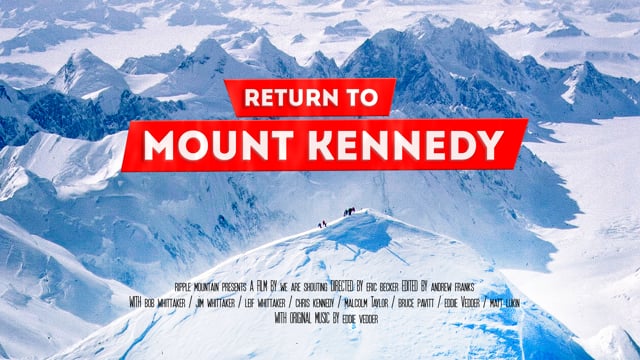