Jacopo Larcher's pursuit to resolve 'Tribe', possibly the world's hardest trad climb, in Cadarese, Italy. For Larcher, this route represents not only 'the most difficult thing I’ve ever climbed' but also, and above all, the end of an odyssey that began 6 years ago when he first started to delve into the trad climbing game. This venture took Larcher from the rudimentary basics of climbing with nuts and friends to cutting edge trad repeats as well as huge big wall ascents, and over the years he has rapidly transformed into one of the most versatile climbers in the world. Tribe, with no fixed gear and climbed while placing all pro on lead, stands as testament to Larcher’s vision, ability and evolution as a climber. 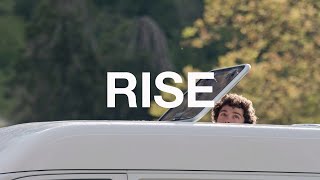