The fourteen 8,000 of Mario Panzeri, Dhaulagiri. In addition to his Himalayan experiences, in 1985 Panzeri climbed the northwest corner of Ama Dablam in Nepal, opened a new route on Aiguille Poincenot in South America and climbed Huascarán. He also made attempts at the Hornbein Couloir of Everest, and the west face of Makalu. In 2004 he participated in the expedition 'K2 2004 Fifty Years Later' organized by Agostino Da Polenza to celebrate the 50th anniversary of the first achievement of the summit of K2, the work of an Italian expedition. 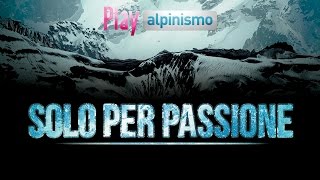