In 1966, John Harlin II died while attempting Europe's most difficult climb, the North Face of the Eiger in Switzerland. 40 years later, his son John Harlin III, an expert mountaineer and editor of the American Alpine Journal, returns to attempt the same climb. Against a backdrop of overwhelming natural beauty, The Alps is a true-life story of extraordinary courage. It's the intensely personal journey of a man who has every reason not to climb the deadly Eiger North Face, yet climb it he must. Featuring some of the most spectacular IMAX imagery yet seen, the film celebrates the unsurpassed beauty of the Alps and the indomitable spirit of the people who climb there. 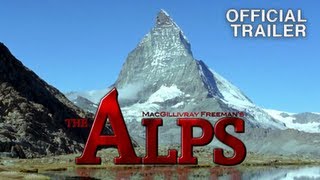