The Dawn Wall is the film that documents the first free ascent of the most difficult big wall climb in the world, completed in January 2015 by Tommy Caldwell and Kevin Jorgeson. The true achievement is obviously the first free ascent Dawn Wall, carried out by Tommy and Kevin at the end of 2014 and the start of 2015. But almost equal to that undertaking are the efforts required to document their attempts and progress, for almost an entire decade, up the smooth 1000 meter El Capitan in Yosemite. In this making of video, the guys at Sender Films share some of the strategies they used to push the limits of what’s possible in big-wall filmmaking. 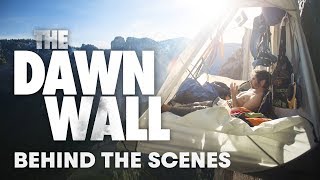