The official film record of the legendary Everest British expedition of 1924. The third attempt to climb Everest culminated in the deaths of two of the finest climbers of their generation, George Mallory and Andrew Irvine, and sparked an on-going debate over whether or not they did indeed reach the summit. Filming in brutally harsh conditions with a hand-cranked camera, Captain John Noel captured images of breathtaking beauty and considerable historic significance. Noel reached the North Col and used a specially adapted camera to film the ascent of the peak. The film is also among the earliest filmed records of life in Tibet. 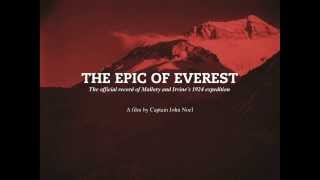