Record of the 1933 British Mount Everest expedition, that was, after the reconnaissance expedition of 1921, and the 1922 and 1924 expeditions, the fourth British expedition to Mount Everest and the third with the intention of making the first ascent. The expedition was unsuccessful, although in two separate attempts Lawrence Wager and Percy Wyn-Harris, and then F. S. Smythe, set an altitude record for climbing without supplemental oxygen that was not broken until Reinhold Messner and Peter Habeler reached the summit in 1978. 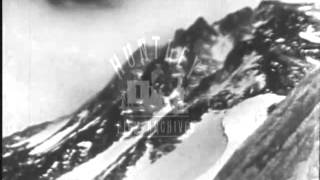