Yuichiro Miura, a Japanese skier ultimately dreamed of literally skiing Mt. Everest. He planned to ski some 8,000 feet down an icy glacier at a 40 to 45 degree angle, from the 26,000 foot level near the summit. The documentary chronicles this incredible feat and the tremendous task of climbing Everest itself. The narrator reads from the diary that the skier personally kept. The film was produced by Canadian film maker Budge Crawley with the footage made for the original 1970 Japanese documentary (Eberesuto dai kakko). Crawley won the Academy Award for Best Documentary Feature for this picture. 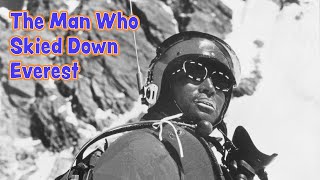