Luis Trenker was born in Kastelruth 95 years ago. With perseverance and ability he became actor, director and author of many of his films and soon realized that Val Gardena was too small for his ambitions. In America he made two of his best films: 'The Prodigal Son' and 'The Emperor of California'. Because of these two films in particular, Luis Trenker became known at the moment as the European John Ford. He was a pioneer, a passionate, a powerful king of mountain film. A sentimental person who made his films out of his stomach. In the documentary Trenker reports on his experiences, a kaleidoscope of successful years, a review of color and power. 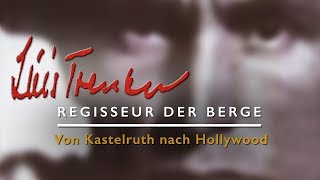