When a plane carrying important documents crashes in the Death Zone of Mount Everest, two men claiming to work for India's research and analysis department offer a large sum of money to Team Wings, a mountain rescue organization, to take them up to recover them. They will fight a fierce battle on the dangerous Himalayas. A Chinese action movie produced for an international audience and digitally remastered to be released in IMAX3D cinemas. Directed by Yu Fay, Wings Over Everest stars Asian Film Award Winner Koji Yakusho, famous actress Zhang Jingchu, and Golden Horse Best Supporting Actor winner Lin Bohong. 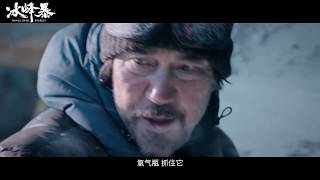