In November 2016, Barbara 'Babsi' Zangerl and Jacopo Larcher went to battle on one of El Capitan most formidable free routes. With some of the hardest climbing in the Yosemite Valley crammed into 16-pitches, Zodiac (5.13d) had only seen two previous free ascents—until Babsi and Jacopo showed up. The route, opened by Charlie Porter in 1972, was first free climbed by Alex and Thomas Huber in October 2003, and later, by Tommy Caldwell just two months later. 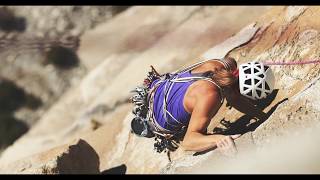